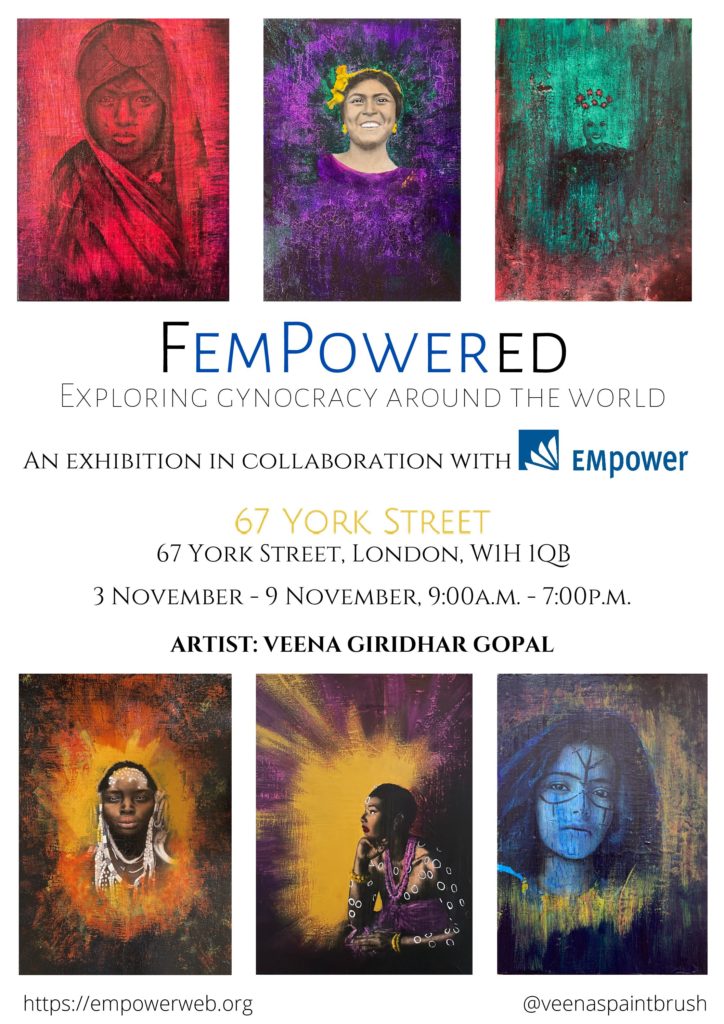 FemPowered – Exploring gynocracy around the world

Patriarchy is a reality we live with everyday. But human society was not always patriarchal. In fact there have been several research papers published on how societies used to be matriarchal (where women lead the communities they were born into) and/or matrilineal (lineage and wealth/lands pass through women) during our ‘horticultural’ period when we relied on plants for subsistence (Brooke A Scelza). During this time, women had considerable freedom to choose their roles in societies. They could lead their tribes and were also revered as ‘life givers’. Women had considerable freedom to choose their partners. Gods were mostly female during this time for the same reason. The term ‘mother earth’ is a legacy from this time.

The change started when societies moved into the ‘pastoral’ period. Men went on fewer hunting expeditions and animal farming started. This was accelerated with the advent of organised religion which always had a central male God. As it was harder to trace lineage through men, marriage and fidelity became key pillars of organised religions around the world.

In fact, most Celtic societies followed polyandry (multiple husbands and by default matrilineality/matriarchy), as it is documented that Julius Caesar complained about this. Around 2300 BCE the Sumerian King, Urukagina, abolished the custom of Polyandry in Mesopotamia to encourage patriarchy. It was also prohibited successively by monotheistic faiths – Judaism, Islam and Christianity.

However, there are certain tribes and societies which have retained their roots and this series of paintings is about these powerful women. Interestingly, research into the Mosuo people of China has shown that women living in matrilineal/matriarchal societies are less prone to illnesses and bad health when compared to women in the world we live in.

Typically these societies are characterised by their inclusivity. They recognise 3 genders, accept same sex relationships and do not practice any form of discrimination. While we struggle to achieve equality and equity in the modern world, these so-called primitive societies are trailblazers and set an example for all of us!